I have a confession. I don’t know how to live like an islander.

When I was relocating from Chicago to Hawaii nearly four months ago, I promised myself that I wouldn’t bring any of my books. I wanted to attempt assimilating. This meant living life more as those around me.

With my new in-person job as a community manager of college students, I wanted to rely on life itself to be my main source of consumption. The no books didn’t last all that long though. I gave in while I stumbled into the airport bookstore.

The book I bought? Do Nothing by Celeste Headlee. I felt this need to learn how to do nothing successfully. No one ever taught me how to do that.

Since living in O’ahu, I’ve given into this curiosity and gone down the rabbit holes. I registered a library card and checked out books on the brilliance of boredom and how to find inspiration in idleness. I find myself stepping away as much as I can from the Type A tendencies of planning my life to “go with the flow”.

Where I was previously in Chicago, having plans was the norm. I’ve been trying out a life without plans. I felt this incessant languishing feeling of life going by without living much of it. The pandemic was definitely a part of it, but I’ve since realized how important the environment matters.  When I was living in my quaint apartment in gloomy Chicago with two roommates without any sunlight coming into my room, I questioned whether this was who my past self envisioned my life to look like.

I’ve been over-subscribed to the mainstream productivity content for years now. It’s not a problem per say, but it is a bubble. Don’t get me wrong, I love learning how to save as much time as possible. We never get a refund on time. It is a finite resource and we all have the same 24 hours in the day. I’ve learned how to heat up water for a pot of tea while I hop in the shower, brush my teeth, and listen to a podcast. Talk about a time saving way to start your day. But what’s the point if I am not actually enjoying all that time I am saving?

All this busyness, it’s supposed to make life simpler right? What does it actually mean?

According to the dictionary, to be busy means to be engaged in business and hard at work and occupied with serious affairs. It means you are not idle nor at leisure. This implies that if you are not busy that you are not serious about what you are doing.

Why can’t a lack of busyness in life be seen as a challenge? Why is it so hard to sit still? For Pete’s sake, I quit caffeine last year and alcohol at the beginning of this year. All these stimulants make me hesitant about my natural state and skeptical of dependencies. I’ve done a number of experiments from a Think weekend without technology to living a month surrounded by more elderly folk in Florida to shake up my life. Sir Ken Robinson noted in his TED Talk on How Schools Kill Creativity, how children today are over-medicated to fit into the system and perform with perfect grades. Consumption of more can easily be seen as the answer to a better life. What about the complete opposite of that to do less?

This is not a blame game. The education system currently in place was born out of the industrial revolution. The model was mirrored off that of an assembly line in a factory. That means always looking at the next step until graduating and becoming a worker. But that doesn’t mean that after going through the system, life still needs to be lived that way.

In On Doing Nothing by Roman Muradov wrote that “Life reveals itself most fulsomely in gaps and intermissions.” Dance recitals have intermission. School has spring break for a week off. It’s the status quo to relax on the weekend. Maybe that isn’t a long enough time to actually be away from the constant doing.

It’s difficult to do nothing. I know this first-hand coming from living under the same roof of multiple busybodies. My mom would race around to vacuum the basement months before any party. My brother competes in marathons and iron man races for fun. I love them dearly though I do not operate the same as them.

During my upbringing, watching TV was something that was to be minimized at all costs. The answer? To be signed up for more extracurriculars than there was time in the day. My summers beginning at age seven started with biking to the pool at 6:45am for swim practice, sailing after and then swimming again after. This is a privilege to have these sports as a part of my life that I still enjoy to this day. Though at the time there wasn’t much time to question why I did all these activities. I was a human doing machine.

In my family, we have even invented a word for doing nothing: slackasaurus. It means to not be achieving or producing a significant amount that leads to results. I was the epitome of feeling like one living off of unemployment last year. I was living in my childhood bedroom, not adding anything economically to be proud of to be on my obituary statement.

It wasn’t until I was ten years old that I said “no”. I made the executive decision thanks to the courage my grandma Omi instilled in me to quit competitive dancing. I stopped to reflect on whether I ever enjoyed it. I felt bullied and insecure about my Russian ballet teacher Tatiana harassing me for my imperfect appearance and not trying hard enough.

I learned what hard work was and what it meant to be a diligent daughter. My parents bent over backwards to provide me these opportunities that I don’t take for granted.

I have since challenged myself to see what life with less structure looks like. I crave time alone. To think. To have those shower thoughts pop up in my mind not only in the shower. I am redefining what time spent without doing and making money can look like.

There are other ways to add value. I embrace this lost feeling and seek it out, rather than run from this question as something to be ashamed of.  I’m trying to show care and compassion to myself. I can trade my time for money for media clients, so why not trade that same money to invest in myself and my well-being? 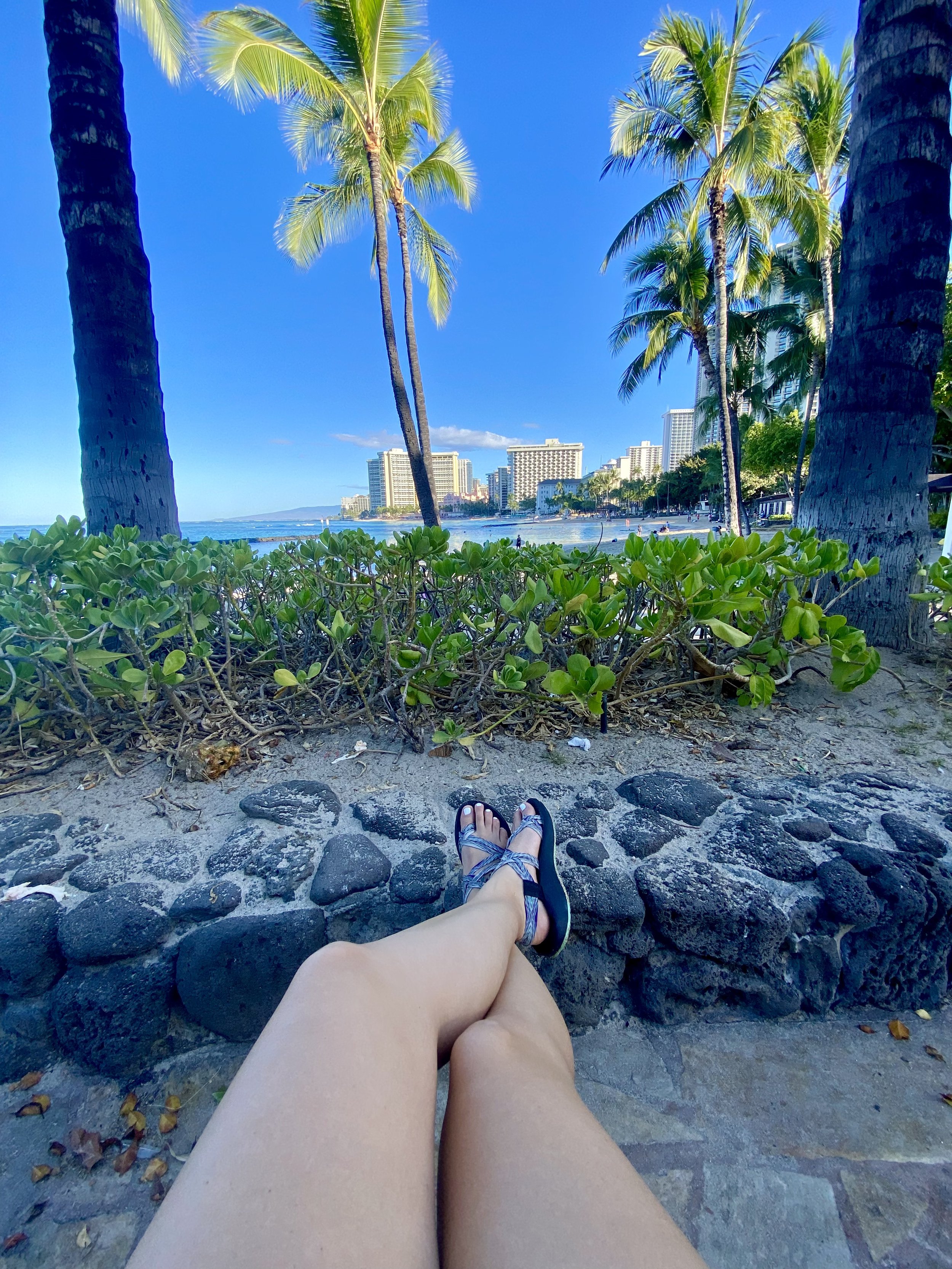 Murakov wrote that “To get lost in the conventional sense is to set off without a destination, to see a map and the terrain as the primary points of interest.” That is the problem. I’ve previously seen the map as the tool to get to a place without questioning whether I was even using the best map for my life. As a player in a candy land board game, I’d rather enjoy each stop I make than race to the end.

What if less is actually the answer no matter how uncomfortable it is. After all, what is the point of rushing? We come out of life dead at the end of it anyways.

Take time to do nothing. It might make you just as uncomfortable as it does for me. Resistance might make you think it is time wasted, but in those moments of boredom is where life starts to get filled in. Be patient. Do nothing.

This piece was not written alone. Thank you to Simone Silverstein, Azul Wells, Doc Ayomide, Mike Newton, and Mikhail Turilin for helping this piece come to light

🔙 Looking back at five events that shaped my year